We had mysterious start to our topic this half term...the children discovered some snowy looking footprints in our classroom!! 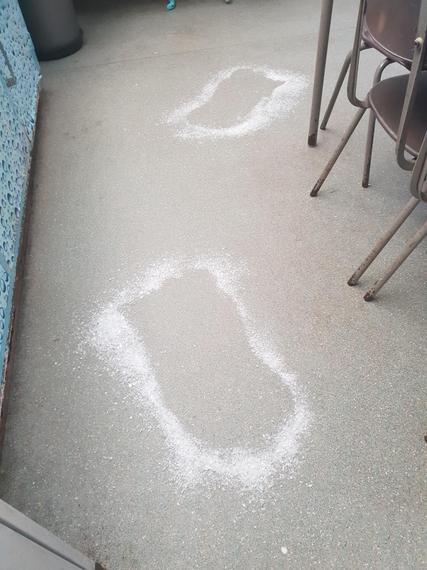 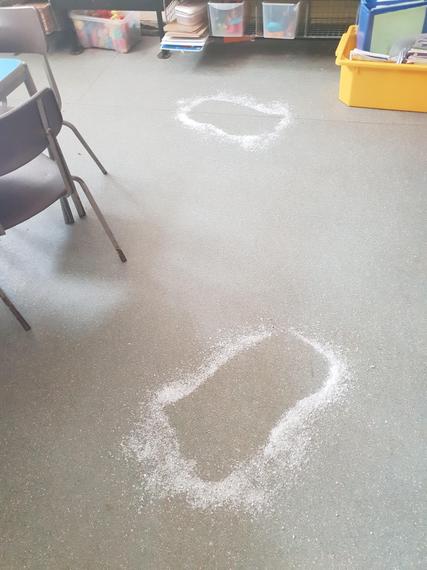 This led us to asking lots of questions, so we grouped our questions into Who was it?, Where did they come from?, When did they come here? and What were they doing here? 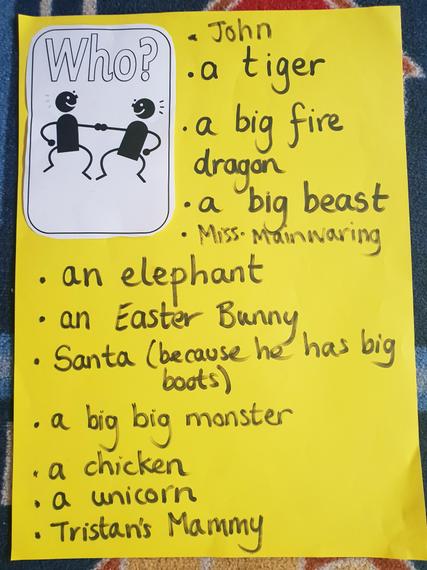 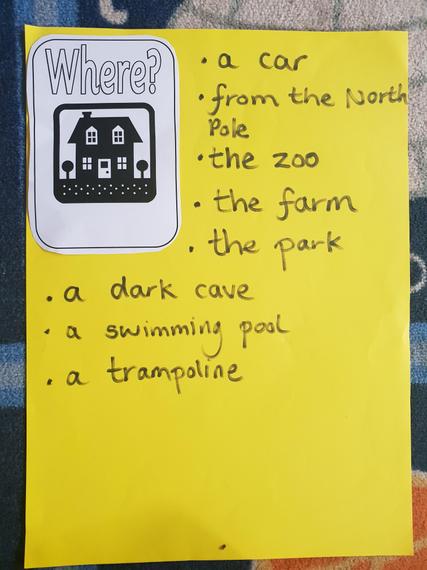 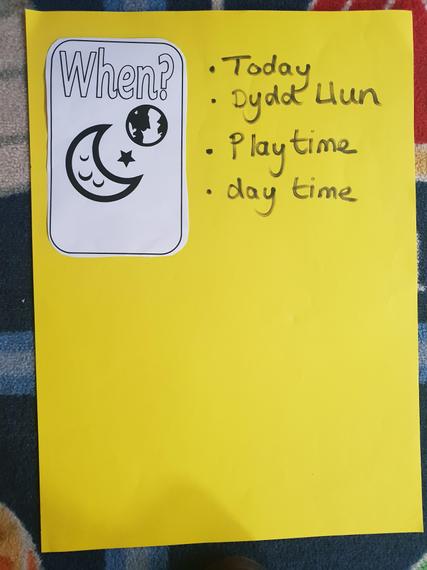 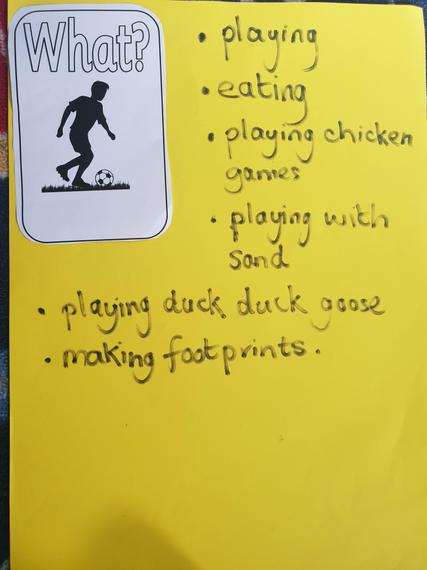 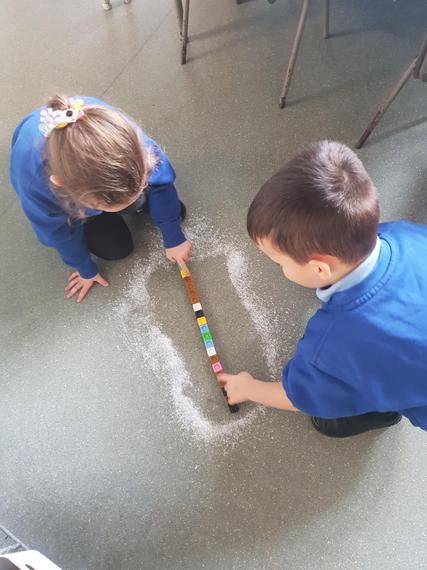 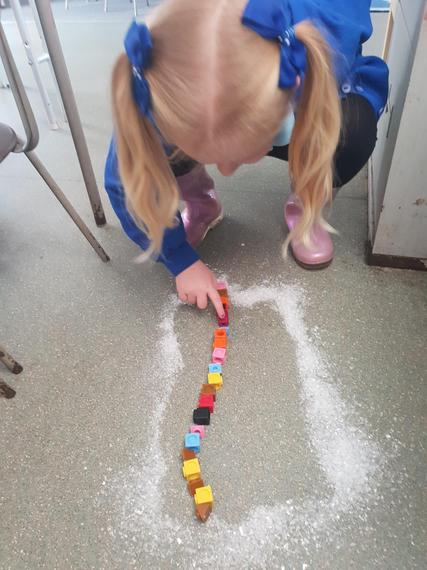 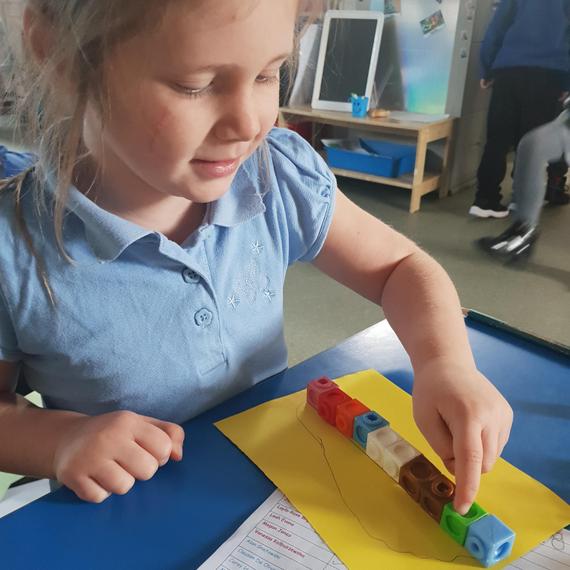 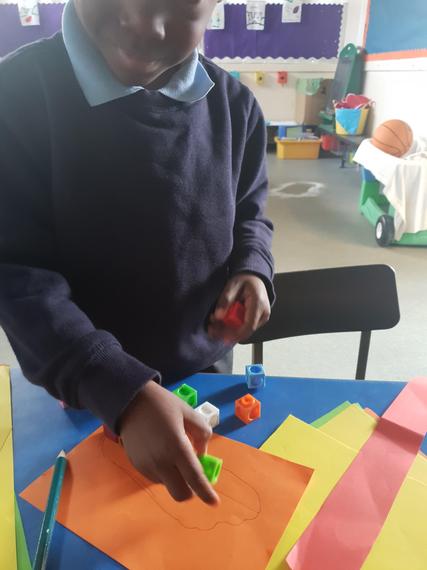 After the mystery of the footprints, the class received a special message..... 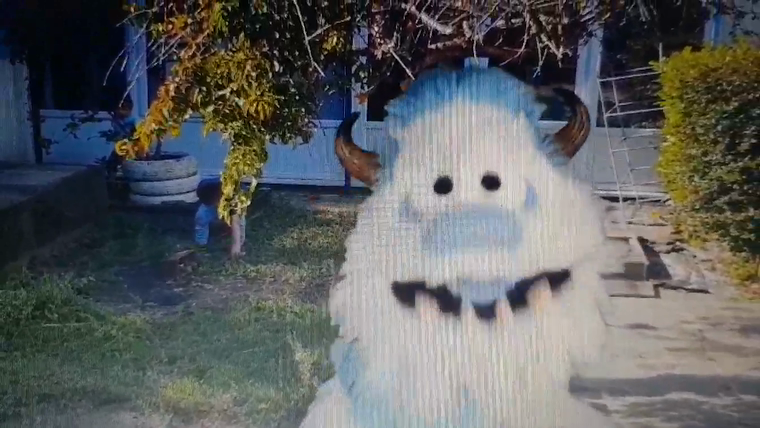 We had some more footprints in class, but this time they led us to a mystery box.

Inside the box were some clues to our next adventure. 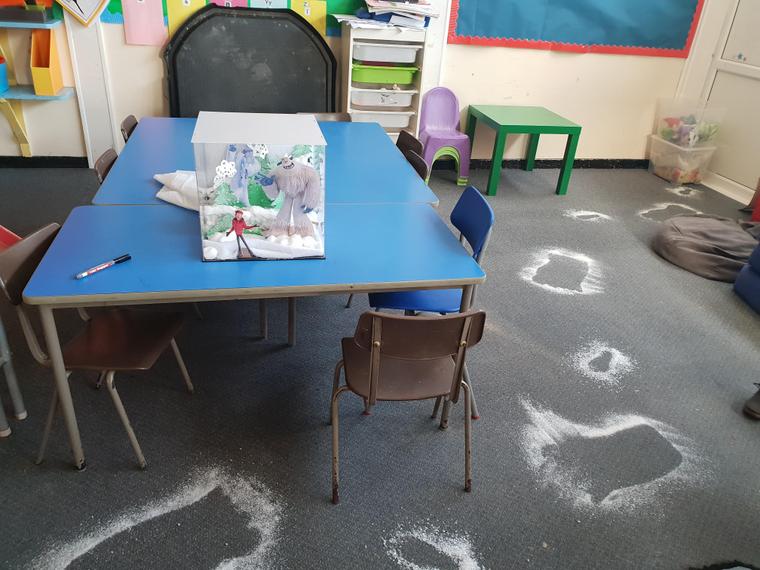 We figured out that the characters were from a film called Smallfoot and we were going to the cinema to watch it for Film Fortnight. 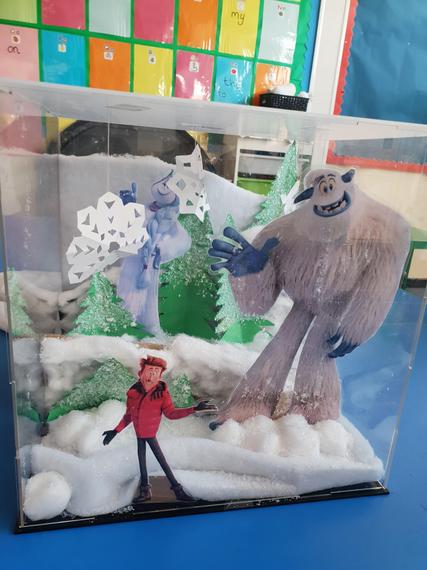 We all enjoyed the film and when we came back to school we rated it out of 5 stars and drew our favourite scene.

We then had lots of Smallfoot themed learning experiences such as snowball phonics, ice rescue, Migo hide and seek, and making our own film trailer using puppet pals and sound effects.

Ice rescue - what is the best way to rescue the arctic animals?

We ended our Smallfoot topic with a fantastic parent workshop. We set the challenge for each parent/child group to make a yeti house for one of the Smallfoot characters. These would all go together to create a yeti village! We had a great turn out and some very creative ideas which resulted in some fabulous yeti houses.

As we were planning and practising for our Christmas concert, we read The Jolly Christmas Postman in class. You can listen to Santa reading the story below.

We turned our role play area into a post office and had a "Design a Christmas Postbox" competition. The children then voted their favourite out of the top four. Leah's design won and we made it for children to post their Christmas cards in. 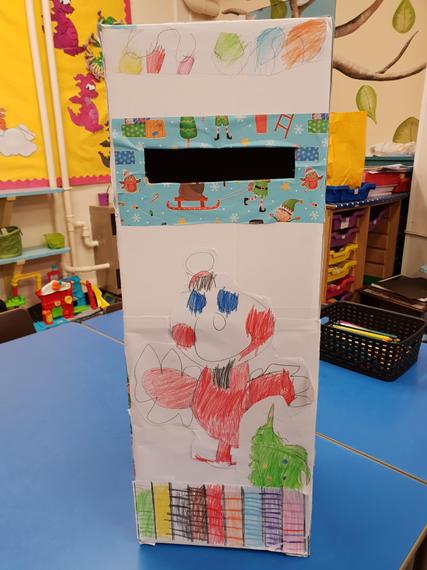 We watched "Come Outside", which showed us the journey of a letter.

We then wrote letters to Santa, and went to the post office to buy a stamp and then post our special letters.

We worked in groups to design three Christmas products that could be presented to the Enterprise Eagles for judging. We made posters and thought of names for Sparkle Sticks, Santa Wrap and Sparkle Lights. The winning design was Sparkle Sticks! We got busy making lots of fabulous deceorations and sold them at our Christmas Marketplace. Thank you to everyone who bought one. We worked hard perfecting our singing and dancing skills to perform as part of the Foundation Phase Christmas shows. This year was a special show as we were celebrating 60 years of Blaenymaes Primary School, so each class had a decade to perform to.

Our class had the swinging sixties and thanks to the fab parents we had some amazing costumes to get us into role! We danced and sand along to "I'm a Believer" by The Monkees. 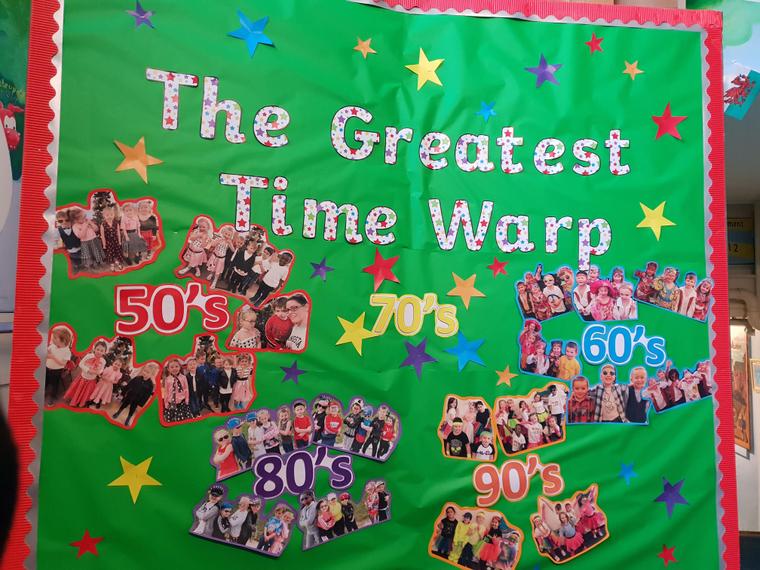 We ended the term with a lovely trip to Gower Heritage Centre where we enjoyed Chistmas craft using real sheeps wool, a traditional punch and judy puppet show, an elf workshop, a movie in Wales' smallest cinema and a visit to Santa! Such a busy day!